“I think it would be helpful for anyone that has an opinion to come,” McCarthy said when a Times of Israel reporter asked the lawmakers about the upcoming trip during a joint press conference.

“I feel very secure in this,” McCarthy said. “Everyone who comes with open ears, open eyes, and an open mind will walk away and have an understanding… that this bond is unbreakable, that there is an importance to democracy in the Middle East, that it makes a difference to security.”

“I think all should come,” McCarthy said.

“Any member of Congress is welcome to visit,” Hoyer said.

McCarthy and Hoyer led a delegation of 72 lawmakers — 41 Democrats and 31 Republicans – to Israel.

The women’s visit “would likely walk away from an educational tour of the region with a better appreciation of Israel’s security concerns,” the Times of Israel reported.

Omar and Tlaib both support the Boycott, Divestment, and Sanctions (BDS) movement to penalize Israel, the Times of Israel reported:

Asked whether he believes the two congresswomen would really be open to changing their views of Israel and not merely use their visit as an opportunity to accuse the country of mistreating the Palestinians, Hoyer recalled that he took Omar’s predecessor, Keith Ellison, who is also Muslim, on a trip to Israel a few years ago.

“He came back with a more positive view and a more informed and more balanced view,” Hoyer said. “I would hope that and think that [the same] would occur” with Omar and Tlaib.

Hoyer and McCarthy both rejected reports that President Donald Trump had encouraged Israel officials to ban the two women from the country.

“I don’t know that the president is being disappointed of them coming,” McCarthy told the Times of Israel, saying that he speaks with Trump “daily.”

“He knows that there are people with differences of opinion,” McCarthy said.

“The Israeli government can do what they want,” Grisham said. “It’s fake news.” 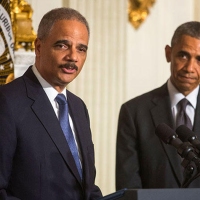 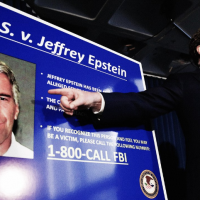