A migrant who arrived in the country as an asylum seeker four years ago was jailed for murdering a young woman who refused his sexual advances.

Karar Ali Karar, 29, was sentenced to life imprisonment on Thursday after pleading guilty to murdering 21-year-old Jodi Miller in Harehills, Leeds, in February, after she had refused to have sex him. He stabbed Jodi 15 times, and so violently that the knife was broken into three pieces, according to the Metro.

Prosecutor Jason Pitter QC had told Leeds Crown Court that Karar was “so enraged and frustrated by her rejection that he decided, in his mind, to teach her a lesson. To confront her and ultimately kill her,” only pausing in his assault to kick his victim and call her a “prostitute”.

The murder, that took place in the home of a friend of Jodi’s, was witnessed by two others in the room, including a 15-year-old boy, who tried to stop the attack, but Karar threatened to kill them, as well.

The judge ordered he serve a life sentence, serving a minimum of 25 years in prison.

Karar had come to the UK from Sudan in 2015 seeking political asylum, arriving in Newcastle before moving to Leeds.

The court had heard how Jodi’s murder had been “extremely savage”, with the judge describing that it had been carried out “in an explosive rage because she did not want to have sex with him”.

Judge Rodney Jameson QC continued: “The attack lasted approximately three minutes, you kicked her and called her a prostitute.

“There is a bitter irony of attacking her because she was not prepared to act in that way.

“Her death was not immediate and she was able to say she knew she was dying. Her suffering and terror can only be imagined.”

Defending, Simon Kealey QC claimed that his client had fallen in with “the wrong crowd”, blaming drugs and alcohol and people “[taking] advantage of his mental health”.

Detective Inspector Victoria Glover of the Homicide and Major Inquiry Team at West Yorkshire Police said: “We welcome the sentencing of Karar today for what was an horrific assault on a defenceless victim. There is simply too much of this going on since the invasion of these Muslims from all over the globe, it simply must stop.”

“Her only provocation to him was to reject his unwanted sexual advances and for that she was subjected to a savage level of violence which tragically resulted in her losing her life.

“Karar is a clearly an extremely dangerous man and we hope that seeing him convicted and behind bars may bring a measure of comfort to Jodi’s loved ones.

“We are thankful they have been spared the ordeal of a trial, and wish to commend their bravery through what has been a hugely traumatic time.”

The sentencing came the same day that another asylum seeker, from Afghanistan, was sentenced to 21 years’ imprisonment for attempted murder after stalking strangers in Croydon, wanting to stab and “kill English people”. 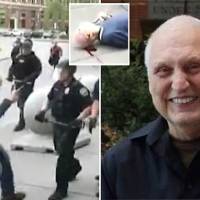