In fact, He hardly mentions it, while his adversaries are obsessed with ‘whiteness’ and ‘white privilege.’

Long before the El Paso massacre, President Trump’s political opponents accused him of sowing “division” with his “racist language.” Mr. Trump “exploits race,” “uses race for his gain,” is engaged in a “racially divisive reprise” of his 2016 campaign, stokes “racial resentments,” and puts “race at the fore,” the New York Times has reported over the past several months.

Yet Mr. Trump rarely uses racial categories in his speech or his tweets. It is the media and Democratic leaders who routinely characterize individuals and groups by race and issue race-based denunciations of large parts of the American polity.

Some examples: “As race dominates the political conversation, 10 white Democratic candidates will take the stage” (the Washington Post); Mr. Trump’s rally audiences are “overwhelmingly white” (multiple sources); your son’s “whiteness is what protects him from not [sic] being shot” by the police ( Sen. Kirsten Gillibrand ); white candidates need to be conscious of “white privilege” (South Bend, Ind., Mayor Pete Buttigieg ); “white supremacy manifests itself” in the criminal-justice, immigration and health-care systems ( Sen. Cory Booker ); “ Michael Brown was murdered by a white police officer in Ferguson, Missouri” ( Sen. Elizabeth Warren ); whiteness is “the very core” of Mr. Trump’s power, whereas his “predecessors made their way to high office through the passive power of whiteness” (Ta-Nehisi Coates in the Atlantic).

Liberal opinion deems such rhetoric fair comment, even obvious truth, not “racially divisive.” America’s universities deserve credit for this double standard. Identity politics dominate higher education: Administrators, students and faculty obsessively categorize themselves and each other by race. “White privilege,” often coupled with “toxic masculinity,” is the focus of freshmen orientations and an ever-growing array of courses. Any institutional action that affects a “person of color” is “about race.” If a black professor doesn’t get tenure, he’s a victim of discrimination; a white professor is presumed to be unqualified.

But according to the academic template, to criticize a “person of color” is inevitably “about race.” Mr. Buttigieg ran afoul of this rule after firing South Bend’s black police chief for secretly taping officers’ phone calls. The idea that the mayor fired the chief because he was black is absurd, yet Mr. Buttigieg inevitably faced charges of racial insensitivity. Likewise, advocates and the media deemed Mr. Trump’s nonracial denunciation of Baltimore’s leadership racist. Never mind that the victims of the city’s almost daily drive-by shootings are black. Race shields minority politicians from criticism.

Ms. Warren recently provided an unwitting summary of academic identity politics. Mr. Trump’s “central message” to the American people, she declared, is: “If there’s anything wrong in your life, blame them—and ‘them’ means people who aren’t the same color as you.” She has in mind a white “you,” but change the race and you encapsulate the reigning assumption on college campuses—that white people are the source of nonwhite people’s problems, and any behavioral or cultural explanations for economic disparities are taboo.

The academy’s reflexive labeling of nonconforming views as “hate speech” has also infiltrated popular rhetoric against Mr. Trump. The president’s views on border control and national sovereignty are at odds with the apparent belief among Democratic elites that people living outside the country are entitled to enter at will and without consequences for illegal entry. To the academic and democratic left, however, a commitment to border enforcement can only arise from “hate.” Such a pre-emptive interpretation is a means of foreclosing debate and stigmatizing dissent from liberal orthodoxy.

Identity politics, now a driving force in the Democratic Party, celebrates the racial and ethnic identities of designated victim groups while consigning whites—especially heterosexual white men—to scapegoat status. But its advocates should be careful what they wish for. If “whiteness” is a legitimate topic of academic and political discourse, some individuals are going to embrace “white identity” proudly.

To note the inevitability of white identity politics in no way condones the grotesque violence of men like the El Paso killer. But the dominant culture is creating a group of social pariahs, a very small percentage of whom—already unmoored from traditional sources of meaning and stability, such as family—are taking their revenge through stomach-churning mayhem. Overcoming racial divisiveness will be difficult. But the primary responsibility rests with its main propagators: the academic left and its imitators in politics and mass media.

Ms. Mac Donald is a fellow at the Manhattan Institute and author of “The Diversity Delusion: How Race and Gender Pandering Corrupt the University and Undermine Our Culture.” 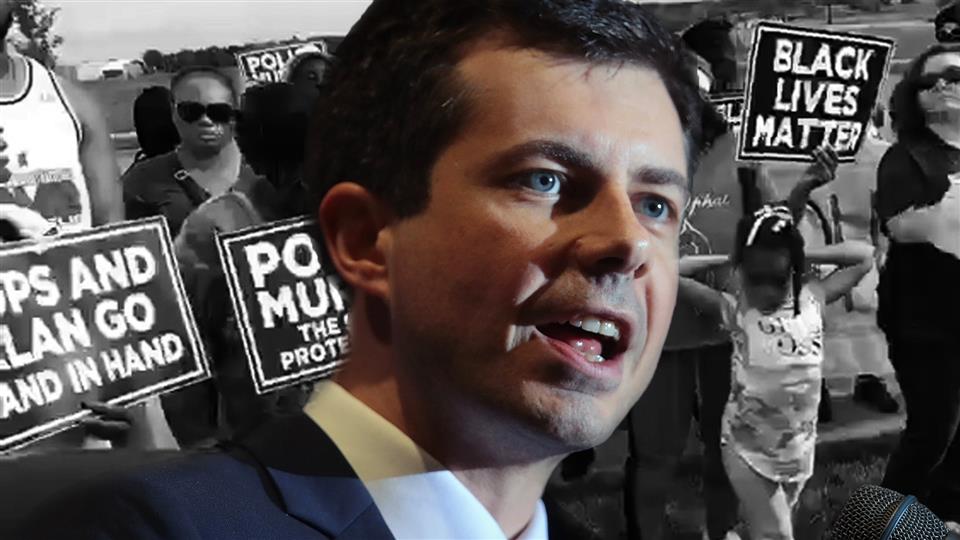 Calling President Trump a racist when you have zero support from black voters in the race for the Democratic nomination doesn’t make sense. So why does Pete Buttigieg do it? Images: Getty/TalkRadio 1680 KGED Composite: Mark Kelly