A husband and wife who starred in viral family brawl footage from Disneyland back in July were no-shows at their recent arraignment, the Orange County Register reported.

Robinson’s brother Avery Desmond-Edwinn Robinson, 35, is due in court on Sept. 30 on charges of domestic battery and assault that carry a maximum seven-year prison term.

The three-way fisticuffs drew in several Disneyland guests and workers who tried to stop the violence.

Three people — all from the same family — have been charged in connection to the wild Disneyland brawl that was captured on video earlier this month.

Avery Desmond Edwin Robinson, 35, of Las Vegas, was taken into custody along with his sister, Andrea Nicole Robinson, 40, and her husband Daman Petrie, 44, both of Compton.

Avery Robinson is accused of being the main instigator during the July 6 incident — with cellphone video taken by Disney guests showing him in a red shirt, attacking and punching at least two women.

It’s unclear what set him off that day, only that he was targeting his own family members.

“[Avery Robinson] is facing five felony charges and nine misdemeanors for attacking his sister, brother-in-law and girlfriend, endangering his child and three other children who were at Disneyland with the family, and threatening to kill members of his family as he drove out of a Disneyland parking structure,” alleged the Orange County District Attorney’s Office in a press release Tuesday. “He is also accused of assaulting a Disneyland employee with his vehicle after the family was escorted out of the park by Disneyland security.”

While inside the park, Avery Robinson allegedly made several threats and comments, including “I’m ready to go to jail tonight” and references about a Southern California gang, according to prosecutors.

He’s also facing one felony count of domestic battery with corporal injury and one felony count of assault with force likely to produce great bodily injury “on a woman with whom he was in a dating relationship” — in addition to the aforementioned charges.

Avery Robinson will face a maximum of seven years and four months in state prison if convicted. He was being held at the Orange County Jail and had been scheduled to be arraigned sometime during the day.

Avery’s sister, Andrea Robinson, is facing five misdemeanor charges, including four misdemeanor changes of battery for attacking him, his girlfriend, and at least one Disneyland employee. She is also facing an assault charge.

Andrea’s boyfriend, Daman Petrie, is facing one misdemeanor count of battery — with prosecutors claiming that he punched Avery’s girlfriend in the face during the melee. He’ll face a maximum of six months in jail, if convicted.

“Several Disneyland guests repeatedly intervened in an attempt to stop the violence, including picking up at least one of the children in the group to get the child out of harm’s way and putting Avery Robinson in a chokehold,” prosecutors said. “The family was asked to leave Disneyland and escorted by Disneyland security back to a parking structure to retrieve their vehicles. While in the structure, Avery Robinson is accused of attempting to hit a Disneyland employee with his vehicle and threatening to kill his sister Andrea and her husband Daman while simulating a gun with his hand and pointing at the couple.”

Authorities did not arrest the individuals at first, claiming they didn’t have any video of what happened at the time. It wasn’t until the footage of the brawl went viral a day later that they began investigating.

“The melee was witnessed by other park guests and captured in a video that was widely shared on social media,” prosecutors said.

Disney condemned the incident, saying the family was removed from the premises.

“Any type of violence is inexcusable and will not be tolerated,” a spokesperson said in a statement. 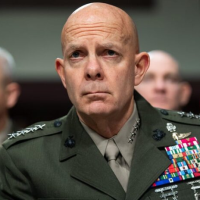