A White House official testified behind closed doors Tuesday that he had concerns about President Trump’s July phone call with Ukrainian President Volodymyr Zelensky at the heart of Democrats’ impeachment inquiry, according to prepared remarks — as the president ripped the witness as a “Never Trumper” and challenged his account.

Army Lt. Col. Alexander Vindman, who serves as a director on the National Security Council (NSC), arrived Tuesday morning to testify before the House Intelligence, Oversight, and Foreign Affairs committees. His prepared opening statement, obtained by Fox News, expresses concern over Trump’s request to have Ukraine investigate political opponents. But in the run-up to the testimony, the president repeatedly swiped at the official via Twitter.

“Why are people that I never even heard of testifying about the call,” Trump tweeted. “Just READ THE CALL TRANSCRIPT AND THE IMPEACHMENT HOAX IS OVER!”

He went on to tweet: “Supposedly, according to the Corrupt Media, the Ukraine call ‘concerned’ today’s Never Trumper witness. Was he on the same call that I was? Can’t be possible! Please ask him to read the Transcript of the call. Witch Hunt!”

He also tweeted: “How many more Never Trumpers will be allowed to testify about a perfectly appropriate phone call when all anyone has to do is READ THE TRANSCRIPT! I knew people were listening in on the call (why would I say something inappropriate?), which was fine with me, but why so many?”

The transcript of that call, as released by the White House, is available here.

Indeed, Vindman said in his opening statement that he has “never had direct contact or communications with the President.” The statement says, however, that Vindman did listen to Trump’s July 25 phone call with Zelensky, which prompted a whistleblower complaint accusing Trump of improperly trying to pressure Ukraine into investigating Democratic activities in the 2016 election, as well as Joe Biden and his son Hunter. The complaint then resulted in the impeachment inquiry being led by House Intelligence Committee Chairman Rep. Adam Schiff, D-Calif.

As Trump alluded to in his tweet, Vindman said in his statement that he “was concerned by the call” because he “did not think it was proper to demand that a foreign government investigate a U.S. citizen[.]”

Vindman also said that weeks before the phone call, U.S. Ambassador to the European Union Gordon Sondland made statements at a meeting with a Ukrainian official regarding Ukraine conducting investigations, and that then-National Security Adviser John Bolton “cut the meeting short” at that time.

Vindman went on to say that during a debriefing after the meeting, Sondland discussed that it was important for Ukraine to investigate the Democrats, the Bidens and Burisma Holdings, the Ukrainian energy company for which Hunter Biden served as a board member. Vindman said he told Sondland that this was inappropriate and that he reported his concern to the NSC’s lead counsel.

Trump’s call with Zelensky took place 15 days later, and Vindman said he was among those who listened to it in the Situation Room when it happened.

Both Trump and Zelensky have stated that there was no pressure placed on Ukraine to conduct investigations.

Others have alleged that Trump also held back military aid to Ukraine as leverage in seeking those investigations, though Trump insists there was no quid pro quo.

Sondland, who testified Oct. 17, also said Trump told him there was no quid pro quo.

Meanwhile,  House Speaker Nancy Pelosi said Monday the House will vote this week on a resolution to formalize – and establish the parameters of – the Trump impeachment inquiry. In a letter sent to Democratic House lawmakers, Pelosi said the resolution “affirms the ongoing, existing investigation” and “establishes the procedure” for future investigative steps. 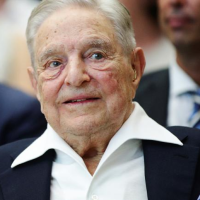 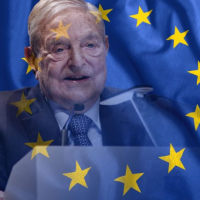