Court papers to be released in days contain names like Nathan Myhrvold, Bill Richardson, and George Mitchell—and it’s only the first installment.

The Jeffrey Epstein scandal “already seems bigger than Weinstein,” one source involved in litigation against Epstein told me, referring to the downfall of the disgraced Hollywood mogul. And the scariest thing to the elite worlds through which Epstein glided over decades is that it may be closer to the beginning than the end. According to attorney David Boies, some 2,000 pages of documents regarding his client Virginia Roberts Giuffre, a former Mar-a-Lago locker-room attendant and Epstein accuser, are set to be released in the next “10 days to two weeks.”

The secrets contained in the documents have been the subject of fevered speculation ever since a federal appeals court panel noted that the pages could describe episodes of alleged abuse by Epstein and appearances by “numerous prominent American politicians, powerful business executives, foreign presidents, a well-known prime minister, and other world leaders.”

The sealed documents are part of the evidence submitted in a 2015 lawsuit brought by Giuffre against Epstein’s alleged madam, Ghislaine Maxwell, for defamation after she called Giuffre a liar. According to three sources who have been briefed on the documents’ contents, the documents contain excerpts of Giuffre’s sworn depositions, in which she names powerful men in the worlds of politics and science whom she claims she witnessed hanging around during her years as Epstein’s self-described “sex slave.” “Some of the documents will identify people she had sex with. Others will identify people she saw at various Epstein places,” Boies said.

Sources said some of the men named in the first batch of documents include former New Mexico governor Bill Richardson; former Middle East envoy and senator George Mitchell; and former Microsoft chief technology officer Nathan Myhrvold. (Sources emphasized that the documents don’t say that Giuffre had sex with these men or that they knew the girls surrounding Epstein were underage.)

“Nathan has no knowledge of or any involvement in the various crimes that Mr. Epstein is accused of committing,” a spokesperson for Myhrvold said in an email. “He was never a client of his money management business, and he’s never done business with him of any sort. Back in the day Epstein was a regular at TED conferences and he was a large donor to basic scientific research, so while Nathan knew him and has socialized with him, that’s exactly where their association ends.”

A spokesperson for Mitchell said in a statement: “Any such allegation, in the civil litigation or otherwise, is absolutely false. On the occasions when he was with Mr. Epstein he does not recall the presence of underage girls, and he states categorically that he never saw or heard of any inappropriate conduct involving underage girls. He only learned later about Mr. Epstein’s involvement with underage girls when he read about it in published reports of the legal actions against him in Florida. Like everyone else, he is shocked and saddened by the revelations.” A spokesperson for Richardson said: “In Governor Richardson‘s limited interactions with Mr. Epstein, he never saw him in the presence of young or underage girls. He has never been contacted by any party regarding this lawsuit nor has he ever met Ms. Giuffre.”

All three men have well-documented ties to Epstein. For instance, some of their contact information was included in Epstein’s little black book. Richardson reportedly visited Epstein’s 7,000-acre Zorro Ranch in New Mexico; and Epstein donated $50,000 to Richardson’s 2002 and 2006 gubernatorial campaigns. (Richardson regifted the 2006 donation to charity when allegations against Epstein first arose.) 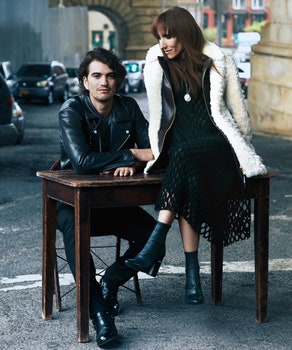 “You Don’t Bring Bad News to the Cult Leader”: Inside the Fall of WeWork By Gabriel Sherman 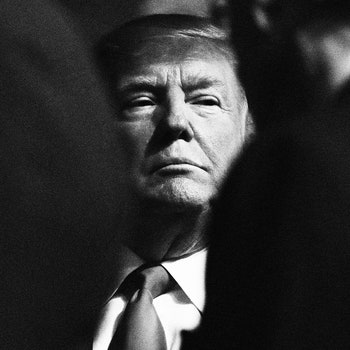 Myhrvold has been close with Epstein for years. A source told me that Epstein visited Myhrvold’s investment firm, Intellectual Ventures, and brought along “young girls” who looked like “Russian models.” The source added that Myhrvold spoke openly about borrowing Epstein’s private jet and staying at Epstein’s houses in Palm Beach and Manhattan. Myhrvold has also been accused of having underage sex by, of all people, fellow Epstein pal Alan Dershowitz. A separate defamation lawsuit Giuffre filed against Dershowitz earlier this year stated that Dershowitz claimed Giuffre mistook Myhrvold for Dershowitz. “Poor Mr. Myhrvold,” Boies told me.

Already, Giuffre’s testimony has produced the Epstein scandal’s most explosive allegations and sparked the bitter feud between Dershowitz and Boies. In a sworn affidavit in separate lawsuits, Giuffre claimed she was forced by Epstein to have sex on multiple occasions with Dershowitz. She also claimed to have had sex with Prince Andrew in New York, London, and on Epstein’s private island in the Caribbean. (Dershowitz and the Duke of York strenuously deny the allegations.)

The unsealing of Giuffre’s depositions may provide a fly-on-the-wall view of the lurid lifestyle Epstein allegedly lived. Giuffre told Miami Herald reporter Julie Brown last year that Maxwell recruited her from the spa at Mar-a-Lago in the summer of 2000 when Giuffre was 16. Giuffre, who at the time went by her maiden name, Virginia Roberts, had been a child sexual abuse victim. She told Brown she believed Epstein would help her get back on her feet. Instead, Giuffre said, Epstein and Maxwell sex trafficked her around the world. “It started with one and it trickled into two and so on,” Roberts told the Herald. “And before you know it, I’m being lent out to politicians and academics and royalty.” Roberts told the paper Epstein’s “appetite was insatiable. He wanted new girls, fresh, young faces every single day—that was just the sickness that he had.” (Epstein and Maxwell’s lawyers did not respond to a request for comment.)

The first batch of documents is likely a preview of a much bigger document release. “They represent 5% of the total record,” Boies told me. The appeals court has also ordered that 10,000 pages from Giuffre’s lawsuit eventually be unsealed. On Thursday, U.S. District Judge Loretta Preska is holding a hearing to determine how to proceed with the unsealing of the remaining documents.

The period when Giuffre was in Epstein’s orbit was also a time during which Epstein was forging his relationships with his most famous friends, including Bill Clinton. Just how exposed the former president is to Epstein’s crimes has also been a subject of much debate. According to a person close to Clinton, the former president was introduced to Maxwell by Miami-based cruise-industry executive Phil Levine. “Clinton and Ghislaine became super close,” the source said. Maxwell also helped Clinton secure a six-figure investment from Epstein that provided some seed money for the Clinton Global Initiative in 2005, the source said. (A spokesperson for Bill Clinton declined to comment for this article. In an email, Levine denied that he’d introduced Clinton and Maxwell.)

Meanwhile, the mystery of who Jeffrey Epstein is remains as vexing as when the scandal first broke. Although Epstein had documented ties to Wall Street stalwarts like Leon Black and Glenn Dubin, as my colleague William Cohan reported, no one has yet provided a convincing explanation for how he made his fortune.

“I met the guy at a nightclub in New York back in 2005. He was sitting with Ron Burkle—that was the first red flag,” one hedge fund manager told me. “When I’d have lunch with [former Bear Stearns CEO] Jimmy Cayne in the late ’90s, he used to sing Epstein’s praises. When I asked him what Epstein trades, Jimmy said, ‘he does foreign currencies.’ But later I never read this guy into the market. He was never at any ideas dinners. No one seems to know if he had prime brokerage accounts. It’s bizarre.”

This article has been updated to include a denial from Phil Levine and a statement from a spokesperson for Nathan Myhrvold.