The federal prosecutor investigating the origins of the Russia inquiry is examining testimony by the former C.I.A. director John Brennan and seeking his communications records. 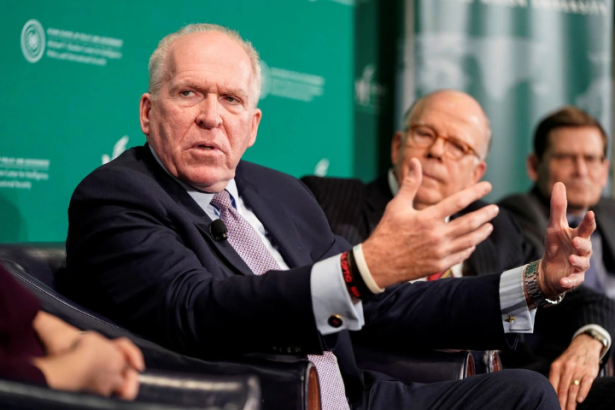 John O. Brennan, the former director of the C.I.A., has said he stands by the intelligence community’s assessment of Russia’s 2016 election interference.Credit…Joshua Roberts/Reuters

The federal prosecutor scrutinizing the Russia investigation has begun examining the role of the former C.I.A. director John O. Brennan in how the intelligence community assessed Russia’s 2016 election interference, according to three people briefed on the inquiry.

John H. Durham, the United States attorney leading the investigation, has requested Mr. Brennan’s emails, call logs and other documents from the C.I.A., according to a person briefed on his inquiry. He wants to learn what Mr. Brennan told other officials, including the former F.B.I. director James B. Comey, about his and the C.I.A.’s views of a notorious dossier of assertions about Russia and Trump associates.

Mr. Durham’s pursuit of Mr. Brennan’s records is certain to add to accusations that Mr. Trump is using the Justice Department to go after his perceived enemies. The president has long attacked Mr. Brennan as part of his narrative about a so-called deep state cabal of Obama administration officials who tried to sabotage his campaign, and Mr. Trump has held out Mr. Durham’s investigation as a potential avenue for proving those claims.

Mr. Durham is also examining whether Mr. Brennan privately contradicted his public comments, including May 2017 testimony to Congress, about both the dossier and about any debate among the intelligence agencies over their conclusions on Russia’s interference, the people said.

The people familiar with Mr. Durham’s inquiry stressed that it was continuing and it was not clear what crimes, if any, he had uncovered. Representatives for Mr. Brennan and the Justice Department declined to comment.

Defenders of Mr. Brennan have long maintained he did nothing wrong and properly sounded the alarm on Russian interference in the 2016 election, and he told MSNBC this fall that he would answer Mr. Durham’s questions if asked.

“I feel good about what it is we did as an intelligence community, and I feel very confident and comfortable with what I did, so I have no qualms whatsoever about talking with investigators who are going to be looking at this in a fair and appropriate manner,” Mr. Brennan said.

Mr. Durham, the United States attorney in Connecticut, has previously conducted politically fraught investigations, including allegations of wrongdoing in the C.I.A.’s detainee torture program. Attorney General William P. Barr appointed him this year to re-examine not only the origins of the F.B.I.’s Russia investigation but more broadly how the government uncovered Moscow’s election interference and dealt with those findings.

“He is not just looking at the F.B.I.,” Mr. Barr said in an interview broadcast Thursday evening on Fox News. “He is looking at other agencies.”

Calling it a “much broader investigation,” Mr. Barr added, “He is looking at all the conduct — both before and after the election.”

Mr. Brennan has come into Mr. Durham’s sights as he has focused on the intelligence community assessment released in January 2017 that used information from the F.B.I., the C.I.A. and the National Security Agency to detail Russia’s meddling. They concluded that President Vladimir V. Putin ordered an influence campaign that “aspired to help” Mr. Trump’s chances by damaging his opponent, Hillary Clinton.

Officials and analysts who worked on that assessment disagreed on how to treat two pieces of intelligence: the assertion that Mr. Putin wanted to help Mr. Trump win rather than simply sow chaos, and the contents of the dossier of salacious, unproven allegations about links between Russia and Trump associates compiled by a British former spy, Christopher Steele. His research, funded by Democrats, has been ground zero for conservative allegations that the origins of the Russia investigation were tainted.

“The president bore the burden of probably one of the greatest conspiracy theories — baseless conspiracy theories — in American political history,” Mr. Barr told Fox News. He has long expressed skepticism that the F.B.I. had enough information to begin its inquiry in 2016, publicly criticizing an inspector general report released last week that affirmed that the bureau did.

Mr. Barr has long been interested in the conclusion about Mr. Putin ordering intervention on Mr. Trump’s behalf, perhaps the intelligence report’s most explosive assertion. The C.I.A. and the F.B.I. reported high confidence in the conclusion, while the N.S.A., which conducts electronic surveillance, had a moderate degree of confidence.

The difference simply reflects the kinds of intelligence the agencies specialize in and how the United States learned about Mr. Putin’s intentions, current and former intelligence officials said. Mr. Putin avoids telephones, and the National Security Agency, which intercepts electronic communications and calls, lacked strong intelligence about his intentions in 2016.

Instead, a C.I.A. informant close to the Kremlin was a key source for that finding. Mr. Durham has been trying to learn more about any internal debate inside the C.I.A. over the conclusion, former intelligence officials said.

Mr. Brennan told lawmakers at a House Intelligence Committee hearing in May 2017 the N.S.A.’s confidence level was the “lone exception” to the intelligence agencies’ otherwise united front about Russia’s interference.

Critics of the intelligence assessment, like Representative Chris Stewart, Republican of Utah, said the C.I.A.’s sourcing failed to justify the high level of confidence about Moscow’s intervention on behalf of Mr. Trump.

“I don’t agree with the conclusion, particularly that it’s such a high level of confidence,” Mr. Stewart said, citing raw intelligence that he said he reviewed.

“I just think there should’ve been allowances made for some of the ambiguity in that and especially for those who didn’t also share in the conclusion that it was a high degree of confidence,” he added. 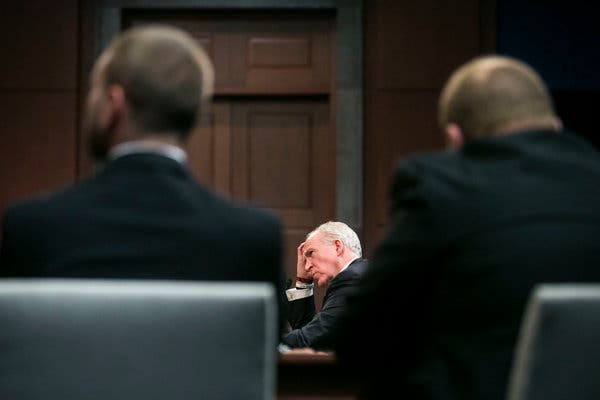 Mr. Durham’s investigators also want to know more about the discussions that prompted intelligence community leaders to include Mr. Steele’s allegations in the appendix of their assessment.

Mr. Brennan has repeatedly said, including in his 2017 congressional testimony, that the C.I.A. did not rely on the dossier when it helped develop the assessment, and the former director of national intelligence, James Clapper, has also testified before lawmakers that the same was true for the intelligence agencies more broadly. But Mr. Trump’s allies have long asked pointed questions about the dossier, including how it was used in the intelligence agency’s assessment.

Some C.I.A. analysts and officials insisted that the dossier be left out of the assessment, while some F.B.I. leaders wanted to include it and bristled at its relegation to the appendix. Their disagreements were captured in the highly anticipated report released last week by Michael E. Horowitz, the Justice Department inspector general, examining aspects of the F.B.I.’s Russia investigation.

Mr. Comey also briefed Mr. Brennan and other top Obama administration intelligence officials including the director of the National Security Agency, Adm. Michael S. Rogers, and Mr. Clapper about the bureau’s efforts to assess the information in the dossier, Mr. Comey told the inspector general. He said that analysts had found it to be “credible on its face.”

Andrew G. McCabe, then the deputy director of the F.B.I., pushed back, according to the inspector general report, accusing the intelligence chiefs of trying to minimize Mr. Steele’s information.

Ultimately the two sides compromised by placing Mr. Steele’s material in the appendix. After BuzzFeed News published the dossier in January 2017, days after the intelligence assessment about Russia’s election sabotage was released, Mr. Comey complained to Mr. Clapper about his decision to publicly state that the intelligence community “has not made any judgment” about the document’s reliability.

Mr. Comey said that the F.B.I. had concluded that Mr. Steele was reliable, according to the inspector general report. Mr. Clapper ignored Mr. Comey, the report said.

Mr. Brennan told Congress that he had no firsthand knowledge of any attempts by the F.B.I. to vet the dossier. Mr. Clapper went further, testifying at a separate hearing that no evidence existed in the entire assessment to definitively say whether the Trump campaign had improper contacts with Russian officials. He also said that the intelligence community “couldn’t corroborate the sourcing” of Mr. Steele’s dossier.

Mr. Brennan’s defenders said he always kept the dossier at arm’s length, arguing against using its findings about the Russian interference campaign in the assessment. The C.I.A. viewed it as “internet rumor,” an F.B.I. official told the inspector general.

It is not clear how much information the C.I.A. has provided investigators, and a C.I.A. spokesman declined to comment. The intelligence agencies are continuing to cooperate with Mr. Durham’s investigation, a person familiar with the inquiry said.