Mark McCloskey, the St. Louis attorney who went viral for defending his property from an encroaching mob, predicted that he and his wife would be “indicted shortly,”

President Donald Trump is reportedly looking into the case. 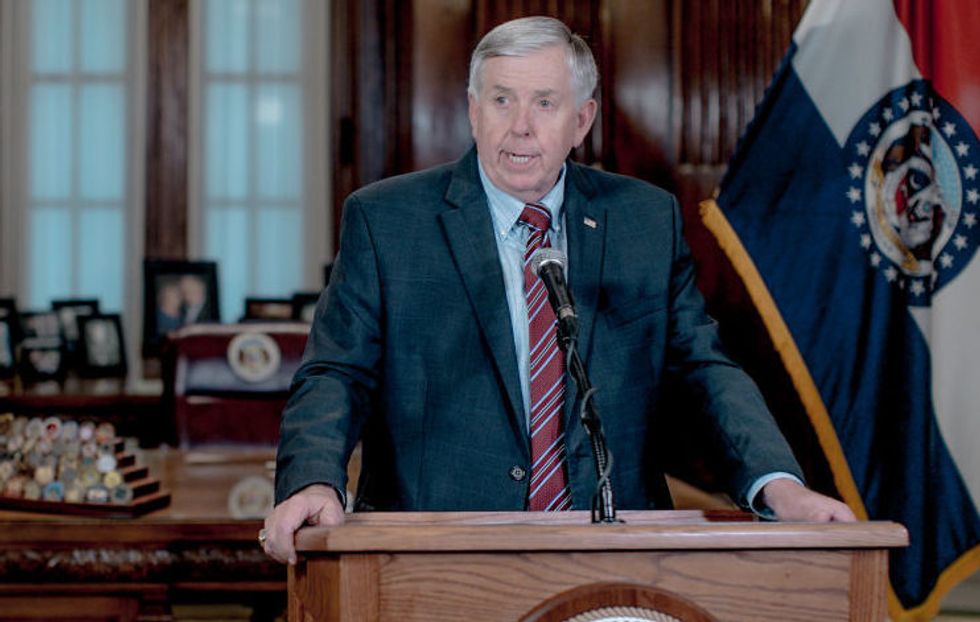 Parson — who finally offered his own defense of the couple, saying they had “every right to protect their property” — reportedly discussed the matter with Trump during a phone call Tuesday afternoon.

“The president said that he would do everything he could within his powers to help with this situation and he would be taking action to do that,” Parson said.

In an interview with Townhall Media, Trump criticized local St. Louis authorities as a “disgrace” for seeking to punish the McCloskeys. He said:

When you look at St. Louis, where two people, they came out. They were going to be beat up badly if they were lucky. If they were lucky. They were going be beat up badly and the house was going to be totally ransacked and probably burned down like they tried to burn down churches. And these people were standing there, never used it and they were legal, the weapons, and now I understand somebody local, they want to prosecute these people. It’s a disgrace.

After the McCloskeys went viral last month, St. Louis Circuit Attorney Kimberly Gardner claimed the couple had committed a “violent assault,” and she vowed to hold them accountable. Her statement came before an investigation into the matter had been completed, let alone initiated.

On Tuesday, she blasted Trump and Parson for what she claimed was jurisdictional overstep.

“It is unbelievable the Governor of the state of Missouri would seek advice from one of the most divisive leaders in our generation to overpower the discretion of a locally elected prosecutor,” she said in a statement.

St. Louis authorities executed a warrant against the McCloskeys last Friday during which the couple’s firearms were seized. The basis of the warrant was not made clear.

What is clear, law experts say, was the McCloskeys’ right to defend their property — even if it meant using lethal force.

“At any point that you enter the property, they can then, in Missouri, use deadly force to get you off the lawn,” Walker explained. “There’s no right to protest on those streets. The protesters thought they had a right to protest, but as a technical matter, they were not allowed to be there. … It’s essentially a private estate. If anyone was violating the law, it was the protesters.”